To commemorate Armistice (Remembrance Day) on Sunday 11 November 2018, the Department of Planning, Transport and Infrastructure (DPTI) and Adelaide Metro will take part in one minute silence across the nation at 11am.

Remembrance Day has a special significance in 2018 as it marks the 100th anniversary of the Armistice which ended the First World War (1914–18).

Just prior to 11am all Adelaide Metro public transport services (except services on the Southern Expressway and South Eastern Freeway) will stop at a safe location and will remain stationary and in silence until 11.01am. Public transport operational control systems, such as railway line boom gates and automated level crossings, will close for one minute at 11am.

All traffic at all intersections along King William Street and King William Road from Victoria Square to Pennington Terrace will be stopped for one minute silence at 11am with no traffic movements permitted in any direction.

This year’s Armistice (Remembrance Day) Service will take place at the State War Memorial on North Terrace on Sunday 11 November. To facilitate this important event: 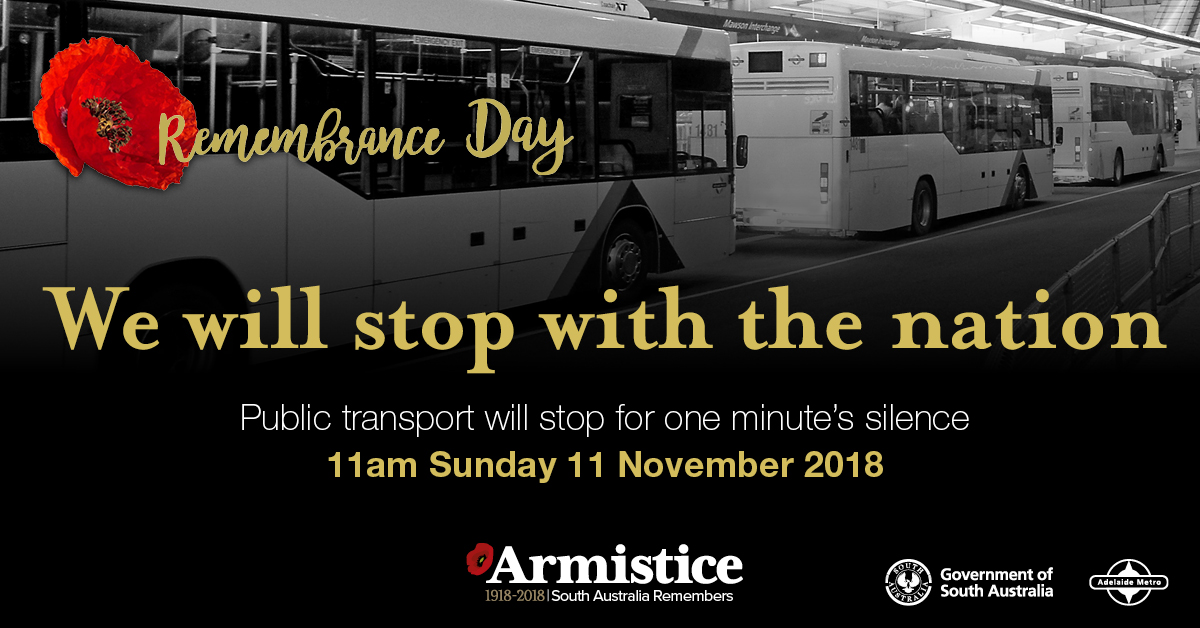