The Department of Planning, Transport and Infrastructure (DPTI) is partnering with Lifeline Australia and the TrackSAFE Foundation to promote and support suicide prevention.

‘Pause.Call.Be Heard’ is a vital national campaign to encourage those who are in need, to stop, call Lifeline’s crisis helpline, and be heard.

The campaign will be officially launched in South Australia at 9am, Friday, 5 July at the Adelaide Railway Station via press conference.

Joined by the Premier’s Advocate for Suicide Prevention, the Hon. John Dawkins MLC, the campaign aims to increase general awareness of Lifeline and its services to encourage people to phone if and when in need, while also suggesting Lifeline services to others who may be having difficulties.

“Lifeline has been a vital facet of the Australian community for over half a century. I very much welcome its work with the national rail industry via the TrackSAFE Foundation to develop this new campaign across the country. It fits well with the initiatives and work being undertaken by the Premier’s Council on Suicide Prevention and the whole of government Issues Group on Suicide Prevention, here in South Australia,” said the Hon. John Dawkins MLC.

Lifeline Australia is committed to providing specialist knowledge and support on rail suicide prevention through its national partnership with the TrackSAFE Foundation.

A partnership of this scale across the rail industry on a national basis is the first of its kind, harnessing the commitment and capabilities of both organisations to gain a better understanding of rail suicide and community needs which leads to greater encouragement of help seeking behaviour.

“Lifeline Australia have been thrilled to partner with TrackSAFE to push out the important messages of the Pause. Call. Be Heard. Campaign.

Evaluation of the campaign roll-out in Victoria showed we are achieving our shared goals of increasing self-care behaviours and knowledge of where to seek help: seventy-eight percent of people who had seen the campaign on the railways indicated that the messages increased their likelihood of seeking help from Lifeline or others,” said Lifeline Australia Chairman, John Brogden AM.

TrackSAFE Foundation was established by the rail industry to reduce near collisions, injuries and fatalities on the rail network resulting from suicide, reckless behaviour and human error.

Bob Herbert AM, Chairman of the TrackSAFE Foundation said “The national ‘Pause.Call.Be Heard.’ campaign as part of the partnership between TrackSAFE and Lifeline has proven to be an innovative, yet simple approach to tackling the vexed issue of suicide.

“The campaign serves as a timely reminder to commuters to pause, know they are never alone and to take a moment to phone Lifeline if navigating a tough period,” Mr Herbert said.

“While we have long worked with Lifeline, we welcome any initiative that contributes to reducing self-harm on the rail network, or anywhere else, and its lasting traumatic impacts,  not just on families, but on rail staff and communities.

“The campaign delivers a clear, simple message that could stop a dreadful decision made in the moment that is irreversible and far reaching,” Mr Braxton-Smith said.

Suicide is a major public health concern, in particular for Australians aged between 15 and 44.

Everyone has a role to play in preventing suicide, the choices we make today can help prevent suicide in the future.

As part of the national partnership, Lifeline and TrackSAFE are running a Suicide Prevention Roundtable with the Minister for Transport, Infrastructure and Local Government, Stephan Knoll MP, and the Premier’s Advocate for Suicide Prevention, Hon John Dawkins MLC.

Senior representatives from government, rail industry, roads, public transport, police, mental health sector, the unions and those with lived experience will come together for this event at Parliament House to examine research and preventative measures, while workshopping ways to reduce the rate of suicide on South Australia’s rail network.

If you or someone you know is experiencing emotional distress, please call Lifeline on 13 11 14 (24 hours/7 days). 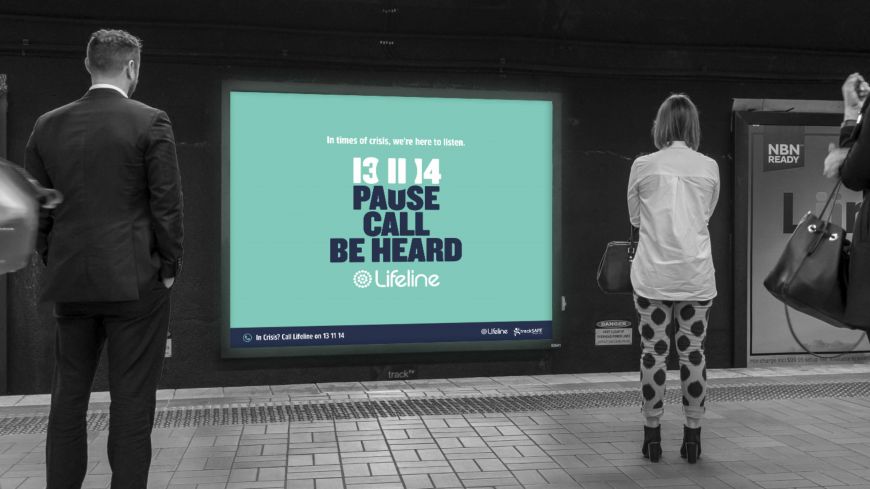